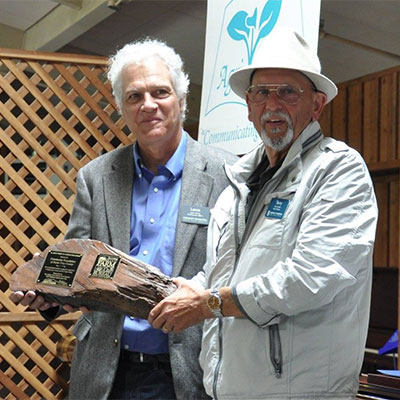 At the luncheon, the 2016 Al Smith Friend of Agriculture award was presented.

This award is named after Al Smith who was the founder of Orchard Supply Hardware and donated 3,000 acres (Swanton Pacific Ranch) on our north coast to Cal Poly. The ranch has row crops, timber and even a one-third-scale railroad, which was Al’s hobby. The award is on a piece of redwood with a train depicted on it. It is presented annually to an individual, business or organization not involved in production agriculture but has done much for the industry.

Also presented at the luncheon were the winner of the 2016 National Ag Day Poster and Poetry Contests.

The selection of the 2016 recipient of the Jimmie Cox Memorial Scholarship was also announced.